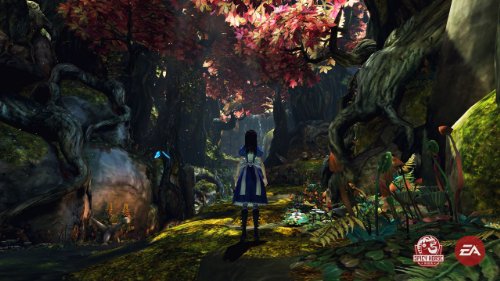 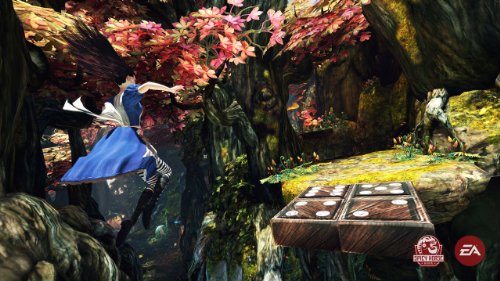 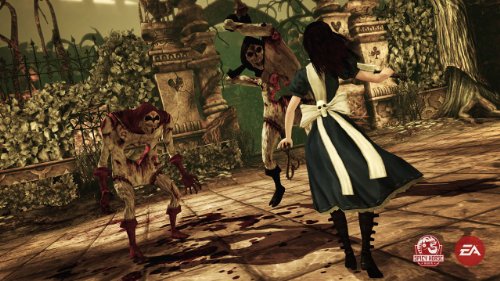 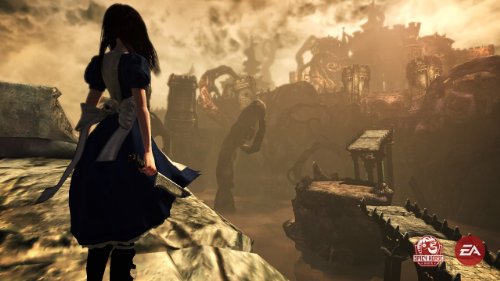 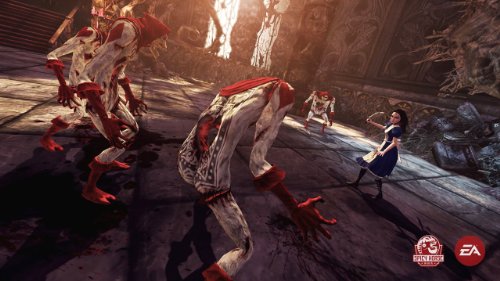 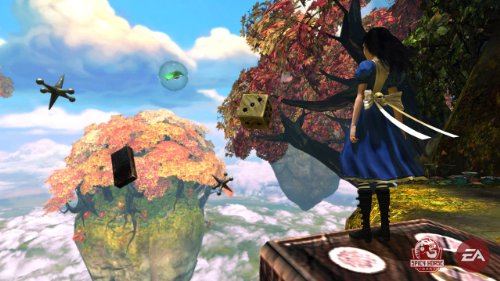 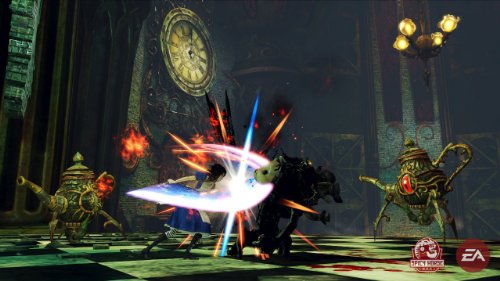 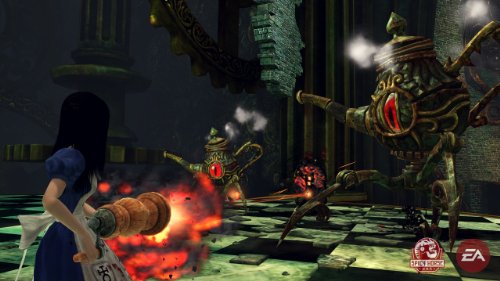 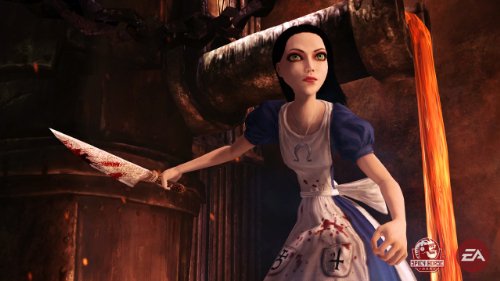 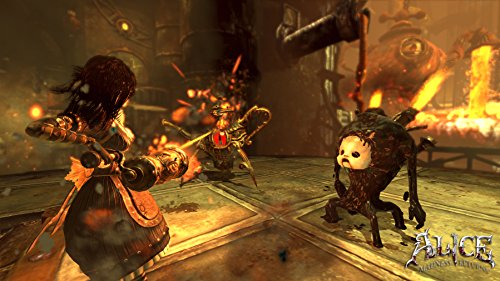 Alice: Madness Returns is an Action-Adventure game that delves deep into the dark and violent side of the imagination, creating a nightmarish Wonderland where Alice must face the demons that haunt her visions. Visit the grim reality of Victorian London and then travel to the beautiful yet ghastly Wonderland to uncover the root of Alice’s madness and discover the truth behind a deadly secret, kept hidden for years. Features include: upgradable melee weapons and magic abilities, a shattered gameword filled with altered versions of Lewis Carroll’s famous characters and intuitive and rewarding puzzle play.

Return to a Very Different Wonderland

Eleven years ago a horrific fire took Alice’s family from her and left her mind horrifically scarred. Afterwards she was confined to Rutledge Asylum where she struggled to confront her demons by slipping slipping further into her fantasy world of Wonderland. Now, after ten years, she has finally secured her release – yet she still bears the heavy psychological burden of that tragic event. Join Alice once again in her search for truth hidden within madness.
Battle creatures that even the mind of Lewis Carroll could not have imagined.
With her mind in tatters, she is unable to resolve the fear prompted by her strange memories, dreams, and visions. Perhaps she’ll do better in Wonderland. She always has. She travels there, seeking what the “real” world can’t provide: security, knowledge, and the truth about the past. But in her absence, Wonderland too has suffered. Something has gone horribly wrong, and now a great evil is descending upon what once was her beautiful refuge. Can Alice save Wonderland — and herself — from the madness that consumes them both?

Alice: Madness Returns like the original 2000 game release for PC that it is a sequel to, is a third-person, single player, action game that incorporates platforming and combat gameplay. Playing as Alice players retreat into Wonderland for comfort from the real world, only to find it in even more shambles than before. Yet this world that exists in Alice’s head holds the secrets to her repressed memories and the truth behind the murder of her family. Players must fight their way across this world using a mixture of melee weapons, magic and puzzle-solving and platforming skills to defeat a variety of enemy types, each with particular strengths and weakness. By besting each, players collect in-game currency that can be used to upgrade weapons and skills. In addition to combat players also must explore every corner of this strange world to find clues, messages and potions that help to literally unlock memories that will finally expose the truth behind the madness.

A very different Wonderland.
Wield upgradable weapons.
Platforming and puzzle play.
Unlockable abilities.
* Please note that NVIDIA GeForce 8400, 9400, 210; ATI Radeon HD 2400, HD 3200, HD 4300 as well as integrated versions of supported chipsets are below minimum system requirements) For best results, make sure the latest drivers for both video and audio cards are installed. Laptop or mobile versions of the above supported video cards have not had extensive testing and may have driver or other performance issues. As such, they are not officially supported in Alice: Madness Returns.
ORIGIN ACCOUNT, REGISTRATION WITH ENCLOSED SINGLE-USE SERIAL CODE, INTERNET CONNECTION AND ACCEPTANCE OF END USER LICENSE AGREEMENT REQUIRED TO PLAY AND ACCESS BONUS CONTENT (IF ANY).  SERIAL CODE IS NON-TRANSFERABLE ONCE USED.  EA ONLINE PRIVACY POLICY AND TERMS OF SERVICE CAN BE FOUND AT WWW.EA.COM.  YOU MUST BE 13+ TO ACTIVATE SOFTWARE.  EA MAY PROVIDE CERTAIN INCREMENTAL CONTENT AND/OR UPDATES FOR NO ADDITIONAL CHARGE, IF AND WHEN AVAILABLE.  EA MAY RETIRE ONLINE FEATURES AFTER 30 DAYS NOTICE POSTEDON  WWW.EA.COM/2/SERVICE-UPDATES